An American tourist was arrested for shattering two 2,000-year-old Roman sculptures after being denied permission to see Pope Francis at the Vatican. Some people undoubtedly dont like hearing a no, which is acceptable behavior when one is five but certainly not sixty-five. His fit of rage cost the Chiaramonti Museum, one of the most important collections of Roman portrait busts. Per The Washington Post, the damaged statues were scattered on the marble floor, with a lost part of its nose and an ear. 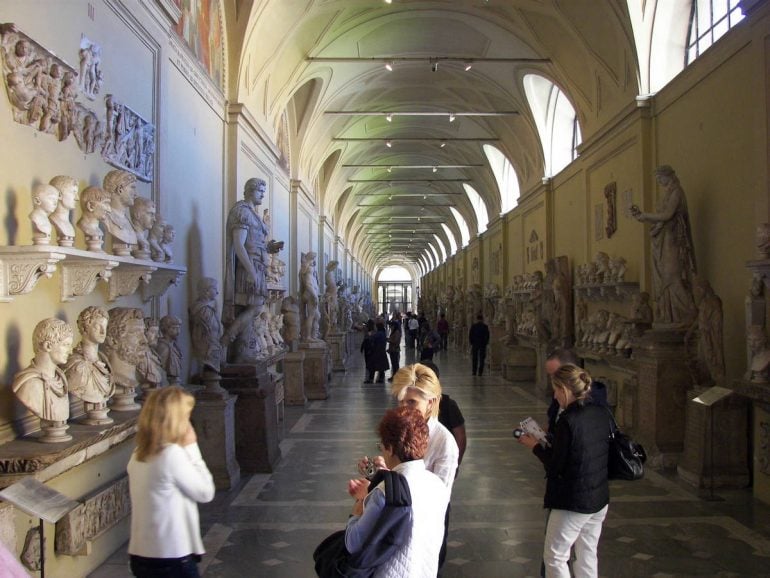 “The busts were affixed to shelves with a nail, but if you pull them down with force, they will come off,” Matteo Alessandrini, a spokesman for the Vatican Museums, told CNN. The two busts were damaged, but not severely, he added. “One lost part of a nose, and an ear, the head of the other came off the pedestal,” Alessandrini said. According to the Italian news agency Adnkronos, the artifacts require roughly EUR 15,000 ($14,700) and between 300 and 350 detailed hours of restoration work.
The Chiaramonti is renowned for having approximately 1,000 sculptures, many of which are busts. Such happenings portray a tremendous disregard for fine artwork and hamper the experience for other art enthusiasts at the venue. “He smashed the two busts to the ground, one after the other,” Alessandrini said. He added, “When the first hit the ground, “the loud bang echoed through the long gallery. The scare was bigger than the actual damage.”
Luxurylaunches.com is an award winning premium lifestyle website. It features the latest and the best from the world of extravagance and opulence.