My Account
Follow us on:
Powered By
Learn, discover & invest in smallcases across different types to build your long term portfolio.
Invest Now
Explore from India`s leading investment managers and advisors curating their strategies as smallcases.
Invest Now
Powered By

Curated markets data, exclusive trading recommendations, Independent equity analysis & actionable investment ideas
Subscribe
Curated markets data, exclusive trading recommendations, Independent equity analysis & actionable investment ideas
Explore
STOCK REPORTS BY THOMSON REUTERS
Details stock report and investment recommendation
Subscribe
POWER YOUR TRADE
Technical and Commodity Calls
Subscribe
INVESTMENT WATCH
Set price, volume and news alerts
Subscribe
STOCKAXIS EMERGING MARKET LEADERS
15-20 High Growth Stocks primed for price jumps
Subscribe
The very mention of Italian cinema brings to mind iconic filmmakers like Federico Fellini, Bernardo Bertolucci, and Michelangelo Antonioni, among others. From historical and mythological themes, to contemporary storylines — the industry has never shied away from showcasing creative expression through its productions.
An extraordinary narrative, replete with well-defined character arcs and high-quality cinematography remains a common thread between works that were produced then, as well as in the current era. Interestingly, the voice of Italian cinema is unrivaled even today — and it is this skill and eloquence that continues to take them places (the number of Oscar awards and nominations say it all!).
While an audio-visual medium like cinema offers a channel to entertain the masses; it also serves as a bridge to nurture cultural relations, believes the Ambassador of Italy to India and Nepal, Vincenzo de Luca. This was the motivation behind “Italian Screens: New Italian Cinema in India” that presented the best of Italian cinema from October 12-15, 2022, as part of the beIT campaign, the first nation-branding campaign ever to be created in Italy, that celebrated its one-year anniversary through a series of cultural events. 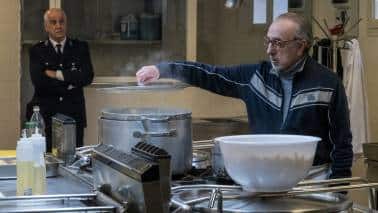 Still from the Italian film ‘Ariaferma’ (The Inner Cage).
The Italian neorealism movement
Cinema is an intrinsic component of the fabric of Italy. It is often associated with the term “neorealism”, which translates to “new reality”. This trend in art and film emerged in the mid-1940s, deftly capturing stories that focused on the working-class in postwar Italy. In a nutshell, it was an antidote to the fascist movement and cultural suppression.
These films hired non-professional actors, and focused on breaking from the shackles of moral censorship. The idea behind the revolution was to deploy cinema as a weapon to reflect the reality of society.
Poverty and social unrest were common themes, depicting the struggles of the citizens. Ossessione (1943) by Luchino Visconti is regarded to be the first Italian neorealist film. Another neorealist film that gained popularity all over the world was The Bicycle Thieves (1948), directed by Vittoria de Sica. His work has had a major influence on filmmakers all over the world, including Satyajit Ray and Ken Loach.
Some of the masterpieces from the neorealism era may have reached Indian cinephiles in the past — but there’s appetite for more. The showcase of the Italian Screens film festival in Mumbai, New Delhi, Bengaluru, and Kolkata, addresses this need. There were six films that were selected for preview at the event — Giuseppe Tornatore’s Ennio (2021), Leonardo Di Costanzo’s Ariaferma (The Inner Cage, 2021), Michelangelo Frammartino’s Il Buco (The Hole, 2021), Mario Martone’s Qui Rido Io (The King of Laughter, 2021), Giuseppe Bonito’s L’Arminuta (A Girl Returned, 2021), and Giorgia Cecere’s Sulla Giostra (2022). These films have all been nominated for the David di Donatello, an award instituted by the Academy of Italian Cinema in 1955 that which follows the same criteria as the American Academy Awards.
Showcasing culture, one film at a time
“Culture plays an important role in shaping diplomatic relations between countries. In fact, this is a unique initiative because we launched this festival for the world, from India. Our mission is to create more awareness about Italian cinema and nurture long-standing relations between India and Italy,” says de Luca.
The curtain raiser of the Italian Screens film festival, held in the sprawling lawns of the Italian Embassy in New Delhi on October 12, 2022 witnessed a special screening of Ennio, based on the life of legendary film composer Ennio Morricone. The documentary presented the maestro through a long interview conducted by Tornatore, alongside testimonies from artistes and directors, including Bertolucci, Giuliano Montaldo, Marco Bellocchio, and more. 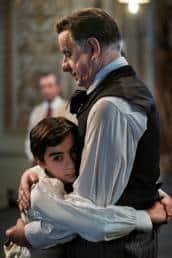 Still from Italian film ‘Qui Rido Io’ (The King of Laughter)
Italy was also the “country of honour” in the last edition of FICCI Frames. At the event in 2020, the Italian delegation shared their knowledge and best practices in different verticals of the media and entertainment sector through masterclasses and workshops, and also through business-to-business meetings with their Indian counterparts to discuss potential collaborations, co-productions, content buying and selling, etc.
“In 2020, we fostered a partnership with FICCI Frames. Italian cinema is the bridge between Bollywood and the European movie industry. Italy is the second country in the world, after the US, to receive the highest number of Oscars. We have a tradition of excellence in directors, and other professionals in cinema. Our country is one of the most recognised at film festivals all over the world. Bollywood also represents several of its productions at the Venice Film Festival, every single time,” says de Luca.
A strong influence of Bollywood 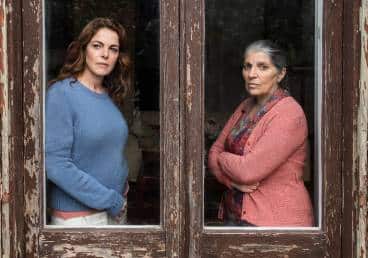 A still from Giorgia Cecere’s film Sulla Giostra (2022)
Much like Italian cinema, Bollywood has garnered popularity in almost every part of the world. Unlike earlier, the content in Indian films has come-of-age, touching upon subjects like feminism, homosexuality, and other social stigmas. That makes us wonder if there are any striking similarities between the two industries?
“Bollywood is a superpower of the movie industry all over the world — but Italy and Europe are both important platforms for cinema. We want to create this bridge between different cultures and languages, as well as styles. It’s a very ambitious and contemporary project,” notes de Luca.
Both Indian and Italian cinema showcase weddings, crimes, comedies, as well as family lives. Italian cinema and its filmmakers have inspired many professionals back home, starting with greats like Ray, Raj Kapoor, and Bimal Roy, all the way to Anurag Kashyap.
A bright future 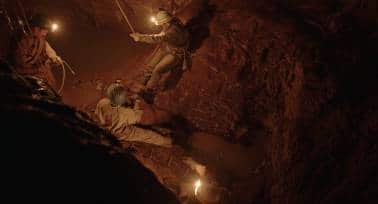 A still from Michelangelo Frammartino’s Il Buco (The Hole, 2021)
De Luca says their mission is to encourage more Bollywood productions in Italy, which has some of the most stunning landscapes to offer. He adds, it’s this diversity that has also led to a spurt in the number of tourists lately.
“The two countries boast a rich cultural heritage, with a lively and increasingly innovative industry at the international level. Cultural and creativity constitute the fundamental dimension of the soft powers of India and Italy,” he says.
Copyright © e-Eighteen.com Ltd. All rights reserved. Reproduction of news articles, photos, videos or any other content in whole or in part in any form or medium without express writtern permission of moneycontrol.com is prohibited.