John Foot, Blood and Power—the rise and fall of Italian fascism
During the Italian winter of 1920-21 fascist squads armed with an array of lethal weapons—often provided by landowners or army officers—went on “punitive expeditions” in the countryside. They terrorised trade unionists and socialists, and physically destroyed their organisations, buildings and printing presses.
In his new history of Benito Mussolini’s fascist regime, John Foot quotes a socialist MP speaking in the Italian parliament in March 1921, giving an account of a typical fascist attack. The MP says,  “In the dead of night, while most gentlemen are in bed at home, the lorries of the fascists turn up in small villages… Naturally, they are accompanied by the local landowners, guided by them, because otherwise it would be impossible to recognise, in the dark, in the middle of the countryside, the small house of the trade union leader, or the local [union-controlled] employment office.
“They gather in front of a small house and the order is given… surround the building. They are twenty, and sometimes a hundred of them armed with rifles and revolvers… They call the name of the union leader and ask him to come outside. If he doesn’t respond, they say, we will burn your house, your wife, your children… The union leader comes downstairs. He opens the door. They grab him, they tie him up, they put him on a lorry. They torture him in a horrible way and pretend to murder him, to drown him. Then he is abandoned in the middle of the countryside, naked, tied to a tree. If the union leader is a brave man, and does not open the door, and uses weapons in his defence, then he is immediately killed in the dead of night. One hundred against one.”
Foot tells the history of Italian fascism through the eyes of individuals, above all through its numerous victims, as a way of bringing home the brutal reality of its violence and terror.
So, for example, the MP who made the speech above, Giacomo Matteotti, was murdered three years later by a secret fascist squad with close links to Mussolini himself. Matteotti—seized in public in broad daylight and taken away to be killed—would become one of the regime’s most famous victims.
In the wake of the First World War Italy had seen an immense wave of working class militancy, rural unrest and even army mutinies. These biennio rosso (two red years) of 1919-20 cast to the margins of political life the small groups of Fasci Italiani di Combattimento (Italian fighting bands) set up by Mussolini—a former socialist turned pro-war nationalist.
But, the leadership of the Italian Socialist Party baulked at directing the upsurge from below towards all-out confrontation with Italian capitalism. The resulting disorientation and demoralisation among the workers emboldened the ruling class which then sought to deal a hammer blow to their class enemy. The fascists would provide the cutting edge of this wave of reaction that began in late 1920.
And after smashing socialist and working class organisation in the rural areas and smaller towns, the fascist militia were by 1922 increasingly confident to turn their attention to the bigger cities. The fascists could now begin to bargain with the ruling class for access to state power. By the time Mussolini was appointed prime minister by King Victor Emmanuel III on 31 October 1922, the spine of the Italian working class had already been broken.
The fascists were in no sense an ordinary political party. Foot describes them as a “militia party”, organised as a private paramilitary army to destroy all working class organisation, whether it was reformist, revolutionary or even Catholic.
Foot’s key theme is the constant reality of the organised, pervasive violence at the heart of Italian fascism. This was its whole purpose. It may seem a rather redundant aim: is it necessary to point out that fascism involves violence, murder and terror at its very core? Indeed, it serves to recognise the scale of the drive to downplay and deliberately obscure the crimes of Italian fascism.
A sustained attempt has been made to present Mussolini and the fascist regime as a relatively benevolent dictatorship, with little resort to violence to ensure its rule, instead able to draw on wide popular support. The infamous 1938 racial laws and the regime’s complicity with the Holocaust are excused as regrettable mistakes resulting from a misguided alliance with Hitler’s Nazi regime, or even that they were somehow forced on Italy by Hitler.
So the author of a monumental 6,000-page biography of Mussolini—more a monument to Il Duce, as some noted—Renzo de Felice, provided sophisticated academic cover for such arguments. For example, he claimed that Italian fascism rested on a social consensus by the early 1930s and that Italian fascism had little in common with German Nazism, not least due to a supposed absence of appeals to biological racism in the Italian case. 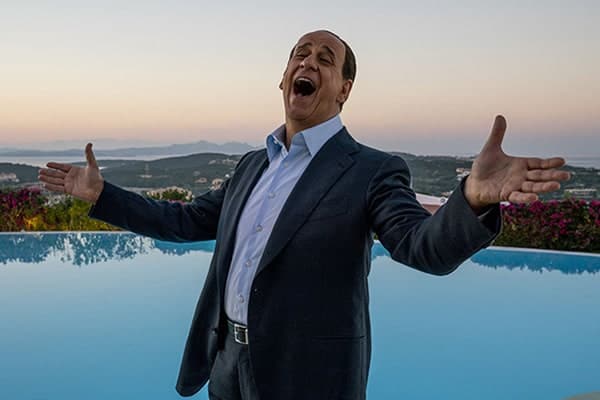