As part of the 23rd International Exhibition Triennale Milano titled ‘Unknown Unknowns. An Introduction to Mysteries,’ Fondation Cartier presents ‘Mondo Reale’ (meaning ‘real world’), a museum show conceived by Hervé Chandès, the artistic and general director of the Fondation Cartier, together with Formafantasma for the exhibition design and seventeen international contemporary artists whose works have been especially commissioned for the show. The exhibition runs from July 15th to December 11th, 2022 at Triennale Milano.

How does one know the feeling of the unknown? To discover, unfold, and ponder. To look at the sky the mathematicians and poets explored and experienced. To encounter faith, natural disasters, and the vastness of cultured cultures. The unknown leaves reality a dose of amazement, incredulity, amusement, disorientations, dismay, questions, worries, curiosity, and the boundaries, or lack of, knowledge. To perceive the world as the harbinger of mystery. Mondo Reale imagines a landing on our planet, a step into the unknown of the everyday world and an invitation to visitors to unearth the mysteries of the unknown by letting their imagination, curiosity, and emotions run wild. 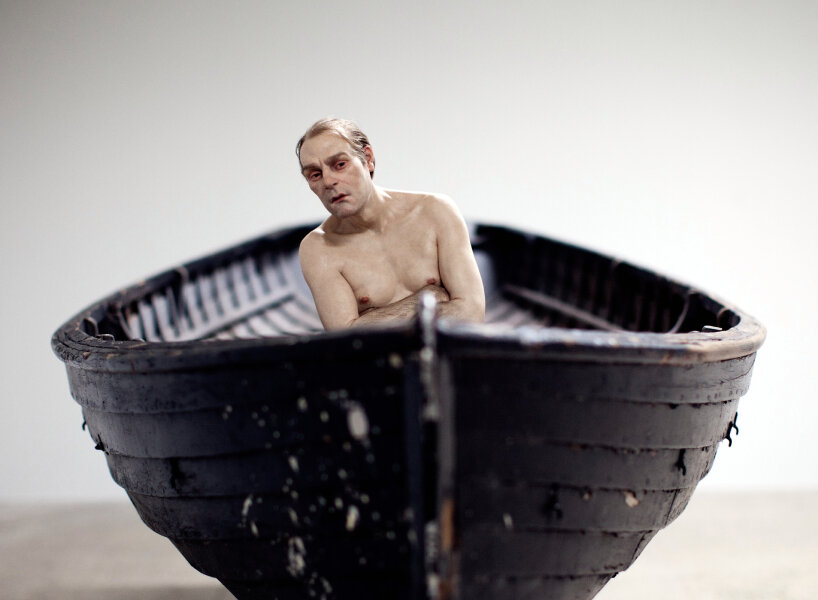 The public-art journey begins with a two-headed creature by artist Virgil Ortiz titled Ring Master & Tics (2022). The ceramic tradition of the Pueblo Cochiti remains celebrated as the artist weaves the narratives of the Native Americans and their revolt, incorporating his personal experience and the nuances of science fiction and apocalypse. From the figment of imagination imposed by the otherworldly themes, Ron Mueck’s Man in a Boat (2002) pulls the visitors into the psychology of self and reality as the artist creates a sculpture of himself nude in a boat to journey on an ancestral voyage of discovery and self-discovery. He might be gazing into nothingness, but his eyes and creased eyebrows brim with curiosity and loss, a reflection of transitory emotions people feel at some point in their lives.

For a sound installation, singer Patti Smith reads the text by mathematician Misha Gromov titled The Four Mysteries of the World. Her voice croons and reveals the fifth mystery, the art of poetry. Yet the linguistic device now takes the form of an in-depth feeling, a burning passion found in passion, just as how Sho Shibuya showcases his poetic interpretation of the timeline of sunrises and events through New York Times headlines. His framed series Headlines: 2020–2022 is anchored on a wall, so visitors can pad through the transition, one step at a time. 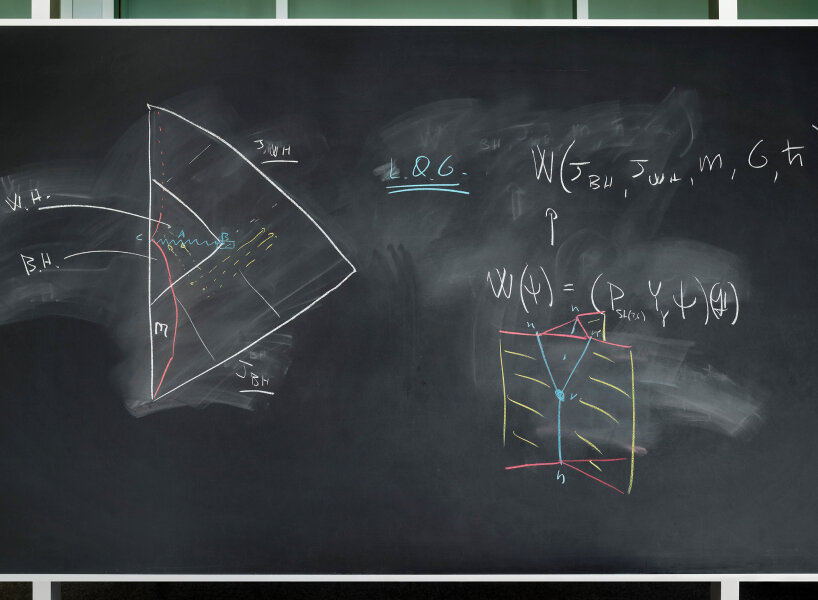 The hints of natural events continue with the personal glossary of artist Alex Cerveny, woven with references and figures from the Bible as he visually links the names of people and places through maps to reorder human knowledge, from mythology to soap opera. A conversation between Paul Virilio and Nobel Prize Svetlana Alexievich takes place in Andrei Ujica’s film Unknown Quantity (2002/2005) where they address the new world born out of the Chernobyl disaster. The medium of film overlaps with filmmaker Andrei Ujica’s 2Pasolini (2000/2021), a homage to Pier Paolo Pasolini’s spirituality and as a revered figure whose 100th birth anniversary is celebrated this year.

The separation between reality and imagination of artist Yann Kebbi – often blurred albeit the effort to distinguish both – attempts to narrate the appearance of the artworks in Mondo Reale and their articulation in the space, seemingly tying everything in a single thread. Yet Artavazd Pelechian’s film Nature (2020) roots viewers back to the ground through humanity’s relationship with the natural world. An anthology of monochromatic clips produces a cinematic experience to depict nature’s force only the Divine can control. 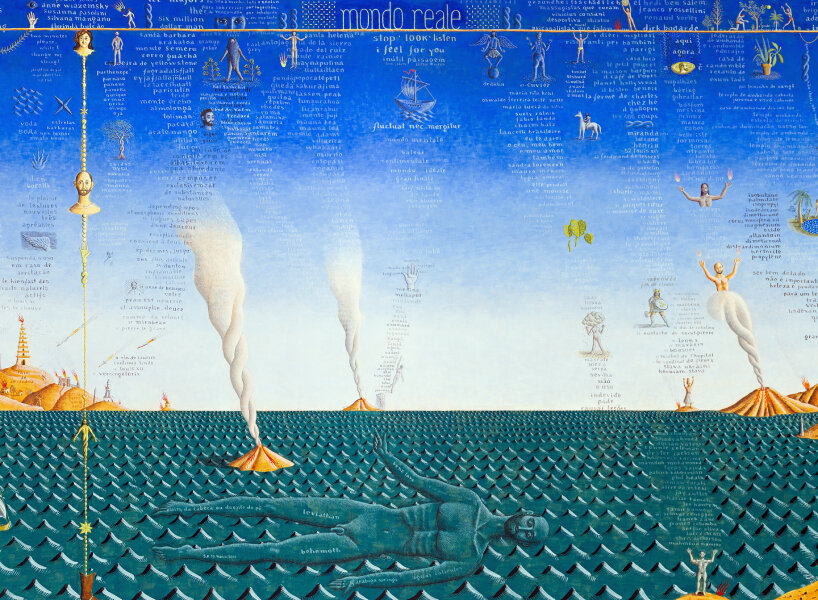 Mystery and alienation confer the ceramic bowls of artist Alev Ebüzziya Siesbye (Untitled, 1997-2019) the motifs and reminiscence of the sea that spread across the surface of Sea wave (2022), a large-scale pencil drawing by artist Hu Liu, the spirit of traditional Oriental painting gracing the contemporary times. A double eclipse in a landscape of disorganized objects and geographies, presented by Guillermo Kuitca’s painting (Double Eclipse, 2013), forecasts the state of the world. A bear confronts its own reflection in the water: a teddy bear, a TedHyber, is the subject of three paintings by Fabrice Hyber, a highlight of the many possible points of view on the world, the irony of duplicity and multiplicity ofinterpretations that deliver truths and lies.

Tracing Fallen Sky (2020) by artist Sarah Sze draws from physics through its use of the pendulum, an ancient scientific instrument designed to track the Earth’s rotation, measure time and space, and explain the natural world. Mathematics steps at the core of reflection as Jessica Wynne photographed the blackboard of physicist Carlo Rovelli, bearing one of the writings by the greatest scientists of contemporary times to offer a vision of knowledge and its erasure. Similarly, the video by Jean-Michel Alberola, La Main de Cédric Villani (la conjecture de Cercignani) captures the gestures of mathematician Cédric Villani as he illustrates Cercignani’s conjecture on his blackboard. 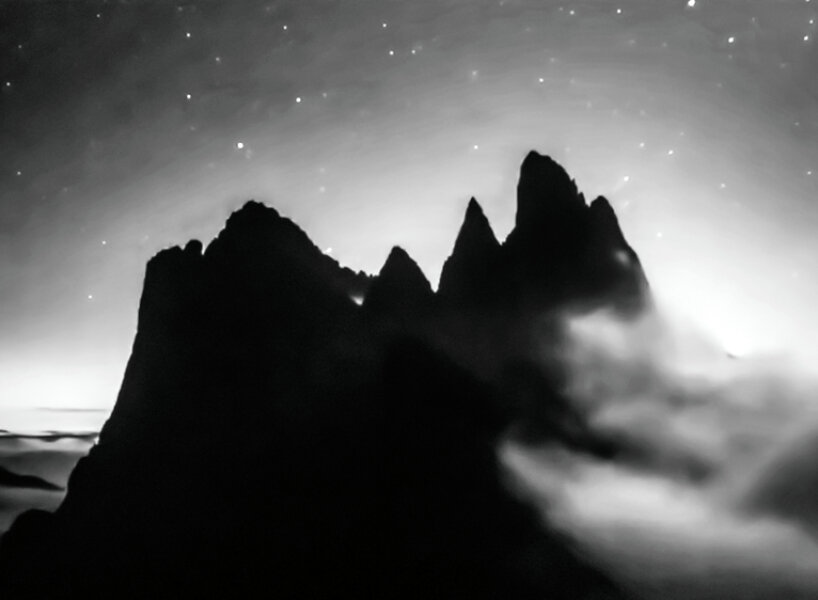 The works of Jaider Esbell – an activist who had been part of the resistance movement of the indigenous people of the Roraima state in Brazil – illustrate the myths of the Macuxi people in a multiverse that encompasses microcosms and macrocosms. Then, David Lynch appears in the exhibition with three works. The special project Weather Report live in the exhibition space. The installation Universe Coming from Zero (2011), an animated catalog of all the objects in the universe commissioned by Fondation Cartier for the Paris exhibition Mathematics, a Beautiful Elsewhere in 2011.

The film What Did Jack Do? (2017) ends the exhibition sequence, a black-and-white film set in a train station, where a homicide detective played by Lynch himself corners an unusual suspect. As the short film ends the journey to the unknown, the case still remains unsolved. Mystery does not end with the conclusion of the exhibition. It only begins another exploration. 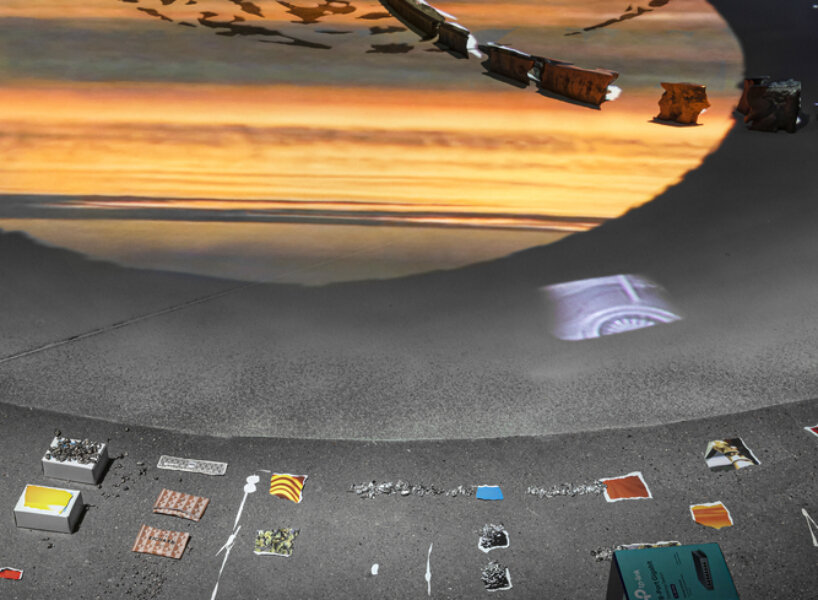 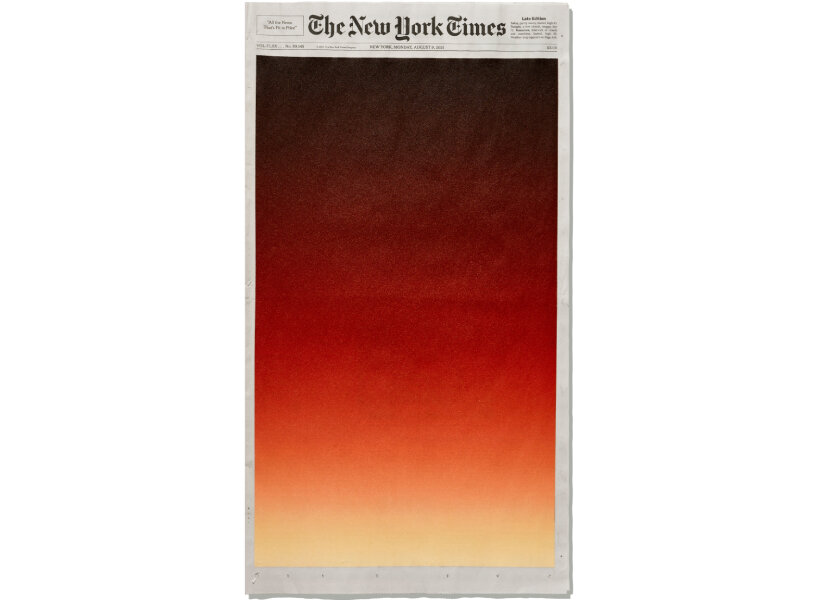 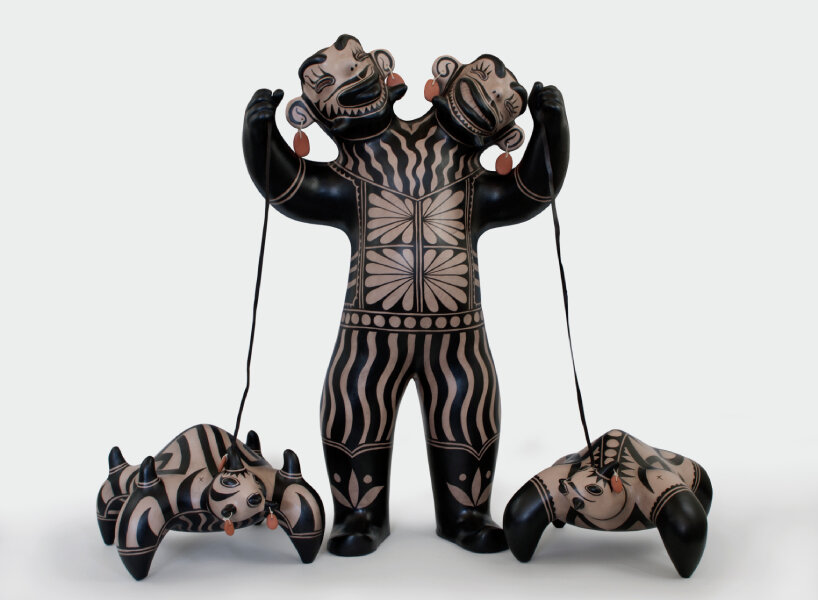 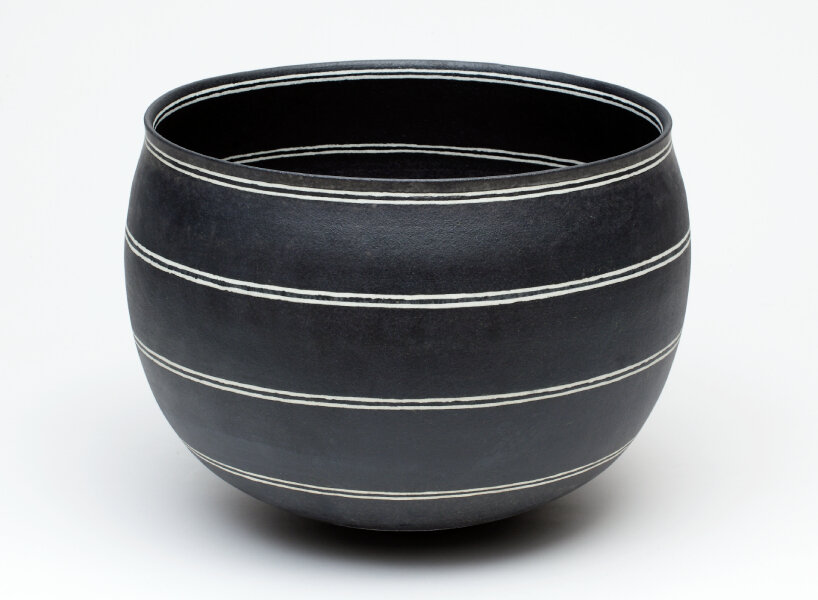 name: Mondo Reale
presented by: Fondation Cartier pour l’art contemporain
design by: Formafantasma
part of: Triennale Milano’s Unknown Unknowns. An Introduction to Mysteries
dates: July 15th to December 11th, 2022
a diverse digital database that acts as a valuable guide in gaining insight and information about a product directly from the manufacturer, and serves as a rich reference point in developing a project or scheme.